Before the New England Patriots emerged victorious in Super Bowl XLIX, Seattle claimed a double-digit lead midway through the third quarter. A critical Patriots turnover on a Bobby Wagner interception set up the Seahawks’ scoring drive. Mark Schofield breaks down the play by the Seattle linebacker, one of the major turning points of this epic matchup.

Bobby Wagner received one vote for league MVP following the 2014 regular season ‒ from former Colts head coach Tony Dungy. The Twitterverse quickly mocked the selection, but the current NBC commentator defended his decision by pointing out how the Seattle defense performed after Wagner was hurt, and how the unit improved when he returned to the lineup. Dungy’s vote can certainly be criticized, but the LB turned in one of the crucial plays of Super Bowl XLIX.

Seattle kicked a field goal to open the second half and take a three-point lead. The Patriots began the next possession on their own 20-yard line, and converted one first down before they faced 3rd and 9 on their 32-yard line. Shown below, Brady stands in the shotgun with 21 personnel on the field. Shane Vereen and Brandon Bolden flank the quarterback in the backfield. Wide receivers Julian Edelman and Brandon LaFell align in a slot formation to the right, while tight end Rob Gronkowski uses a narrow split from the left tackle: 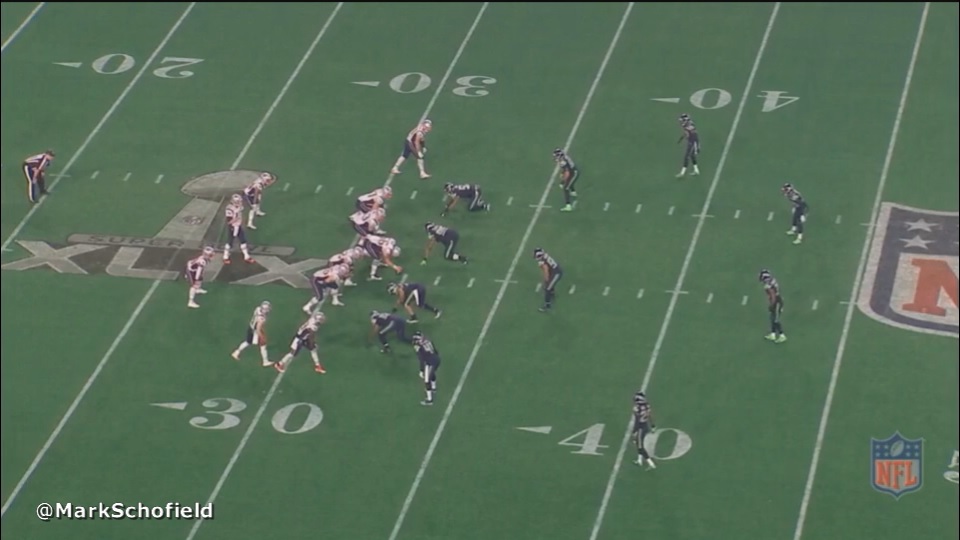 The Seahawks nickel defense shows Cover 4 in the secondary: 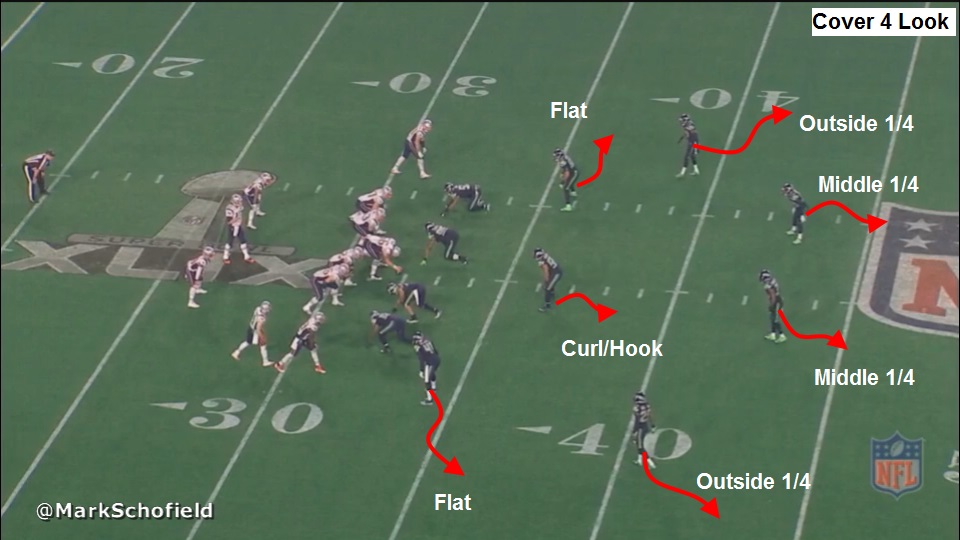 Prior to the snap, Brady sends Edelman in motion from right to left. The receiver now aligns in a stack-slot behind Gronkowski. The Patriots run a passing play designed to beat Cover 3, with both Edelman and LaFell executing deep curl routes on the outside while Gronkowski runs an option route over the middle. The tight end reads the coverage underneath and either breaks away from man coverage on a crossing route or settles into an open area against zone: 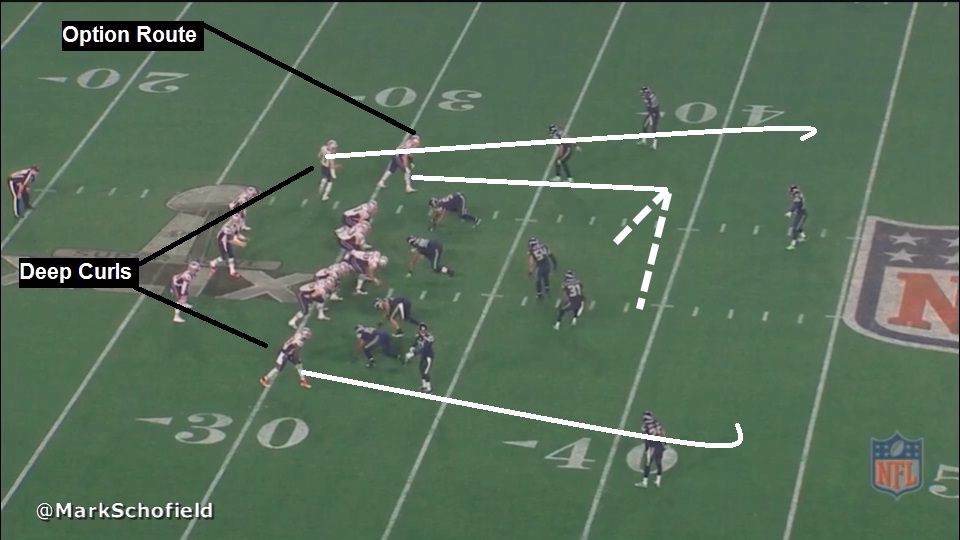 But as Edelman adjusts his alignment, the defense switches its coverage. The Seahawks roll into Cover 3 “Buzz,” a version of Cover 3 designed to simulate Cover 4 before the snap. In this scheme, one of the two safeties drops down into the box in a robber technique. The safety is in position to drive toward the line of scrimmage and cover an underneath zone but can still help on deeper routes, all while reading quarterback. On this play, safety Kam Chancellor fills that role: 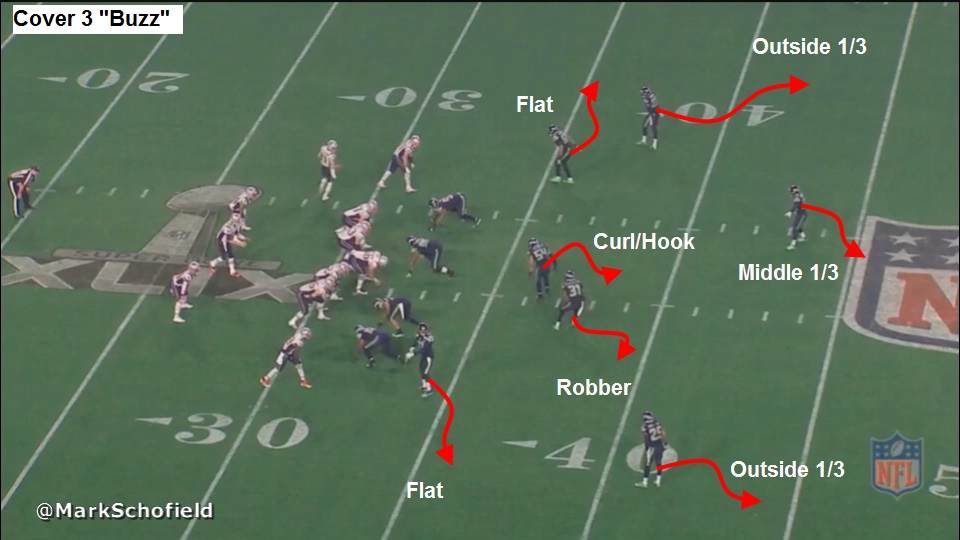 On the surface New England has the perfect play called to beat this coverage. But sometimes MVP-level players overcome well-timed schemes:

Brady tries to connect with his tight end on the option route, but Wagner deftly cuts underneath the receiver and secures the interception.

A few elements stand out when we turn to the end-zone camera. First, as Seattle adjusts its defense, Chancellor instructs Wagner to slide to his right and the linebacker complies. The offensive line gives Brady a clean pocket to work from, and the quarterback tries to free up Gronkowski by staring down Edelman on his curl route. This almost works, as just prior to the throw Wagner slides even more to his right. Brady comes back down to his tight end, but the linebacker reads the play flawlessly exploding to his left and stepping right in front of Gronkowski to snare the football:

Both LaFell and Edelman were open on their curl routes, and if Brady waits a few more seconds he likely converts one of the deeper throws. But the quarterback thought he could free Gronkowski underneath by manipulating the linebacker with his eyes. Football is often a game of one-on-one battles, and the Bobby Wagner interception earned the victory on this play. The war, however, was not yet over.