Sometime this coming season, if not Week 1, Dallas Cowboys fans are going to have a decision to make: Stand and cheer, or silently lament the fact that convicted abuser and newly-acquired sack artist Greg Hardy is now one of their own. Yee-haw.

Let’s start here: Greg Hardy is a terrific football player. Pro Football Focus rated him a top-10 performer at defensive end in both 2012 and 2013, and he has tallied 27 sacks and four forced fumbles in his last 32 games. The soon to be 27-year-old stands 6’4”, weighs 280 pounds, and possesses incredible quickness at the snap and fantastic closing speed.

Hardy played only one game in 2014, spending the rest of his final season with the Carolina Panthers either inactive or on the Commissioner’s Exemption List after being convicted on two counts of assault in a bench trial in July of 2014. Hardy appealed the verdict and the case was scheduled for a jury trial, but the accuser (and main witness) did not appear – more on this later – causing a dismissal. Legally, Hardy is free to go to Dallas and restart his career.

When Hardy plays remains an open question, however, given the capricious shitheel in charge of the NFL disciplinary policy. Commissioner Roger Goodell has stated to his favored reporters that further penalty awaits Hardy under the revamped (joke of a) personal conduct policy. The NFLPA, per their obligations to all union members, will appeal any suspension, and the case will likely end up – like other recent NFL disciplinary matters – being decided by an arbitrator.

But whether it is opening day or the third Sunday in November, whenever Hardy takes the field, most fans will feel conflicting emotions. Some will cheer Hardy because he wears “the uniform” – though one must wonder just who the men and women are that will buy his jersey. Some smaller number will stop supporting the team – or say they will. 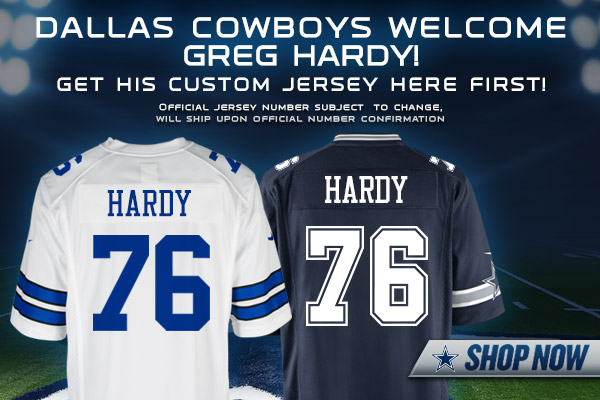 But the majority will put on their Michael Irvin, Tony Dorsett, or Roger Staubach jerseys and cheer for the team like they do every week – until it comes time to high-five for Hardy. Because most, if not all of those fans, will never be fully comfortable with what their new “star” has done.

Hardy assaulted, choked, and threw a woman on a bed “filled with guns,” threatening to kill her if she reported him. Beyond just the allegations, he was, for a time, convicted of these crimes by a judge at the trial court level. Hardy, as was his right under North Carolina law, appealed the conviction to a higher court and a jury trial. Since then, the charges have been dismissed because the victim did not appear at the jury trial. According to the District Attorney, the victim was paid, by Hardy, to not show up.

Don’t blame the victim for taking Hardy’s hush money. Hardy was given a 60-day suspended sentence and 18 months probation in his bench trial conviction for treating her like a tackling dummy. He didn’t play football, but he still got paid while suspended, so hitting him in the wallet was the only other avenue to justice for this victim. 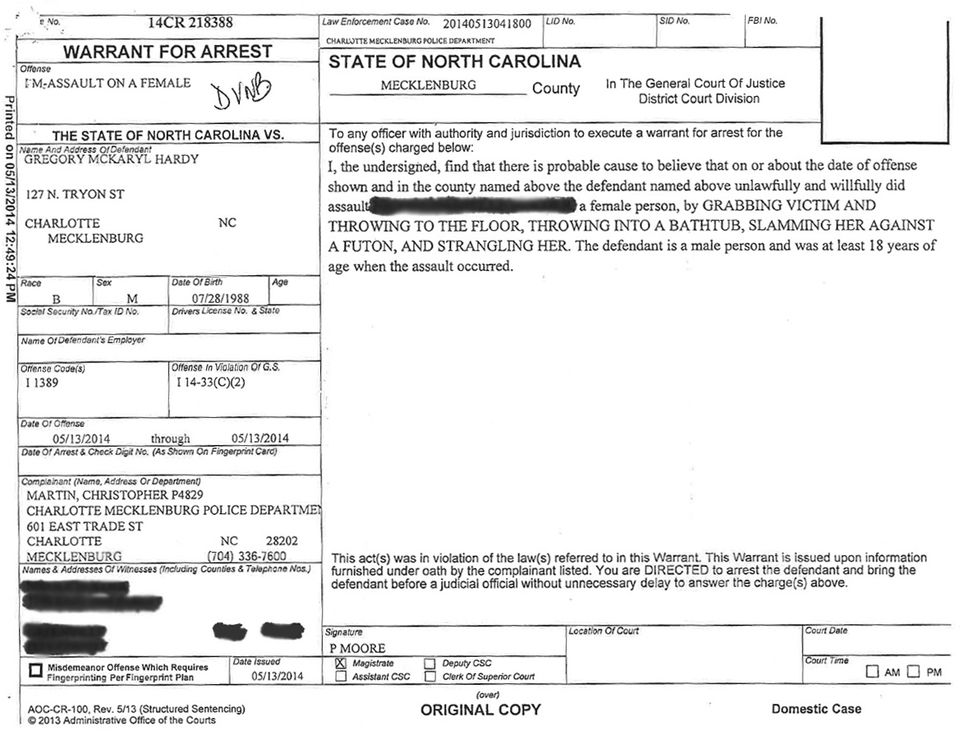 If that is what happened – the victim was paid, her accuser punished – then it qualifies as a “happy ending” for situations involving intimate partner violence, given the unfortunate nature of how such situations usually play out. Few victims see their abuser punished, even if it is “just a suspension.” Even fewer are compensated for their injuries and/or ordeal.

Hardy can earn up to $13M for one season in Dallas. When he gets on the field, he is going to make the team better. He will also make some Cowboys fans uncomfortable; if not on game day then certainly when their child asks for a Hardy jersey from Santa.

Finally – and I think this matters – Greg Hardy hasn’t had a tearful press conference where he’s admitted his mistakes and asked for forgiveness. To date, Hardy remains silent, neither explaining nor defending the actions that led to what was at one time a conviction on two counts of assault.

There won’t be a fan boycott; few will cancel their season tickets. And in the eyes of those for whom only laundry matters, there will be plenty to cheer about. But I’m sure more than a few Cowboys fans will greet Hardy’s play the same way he has faced his accusations: with resolute silence. What else can you do when your favorite team signs an unrepentant domestic abuser?

Bad week for rational, thoughtful Cowboys fans. Sorry to both of you.