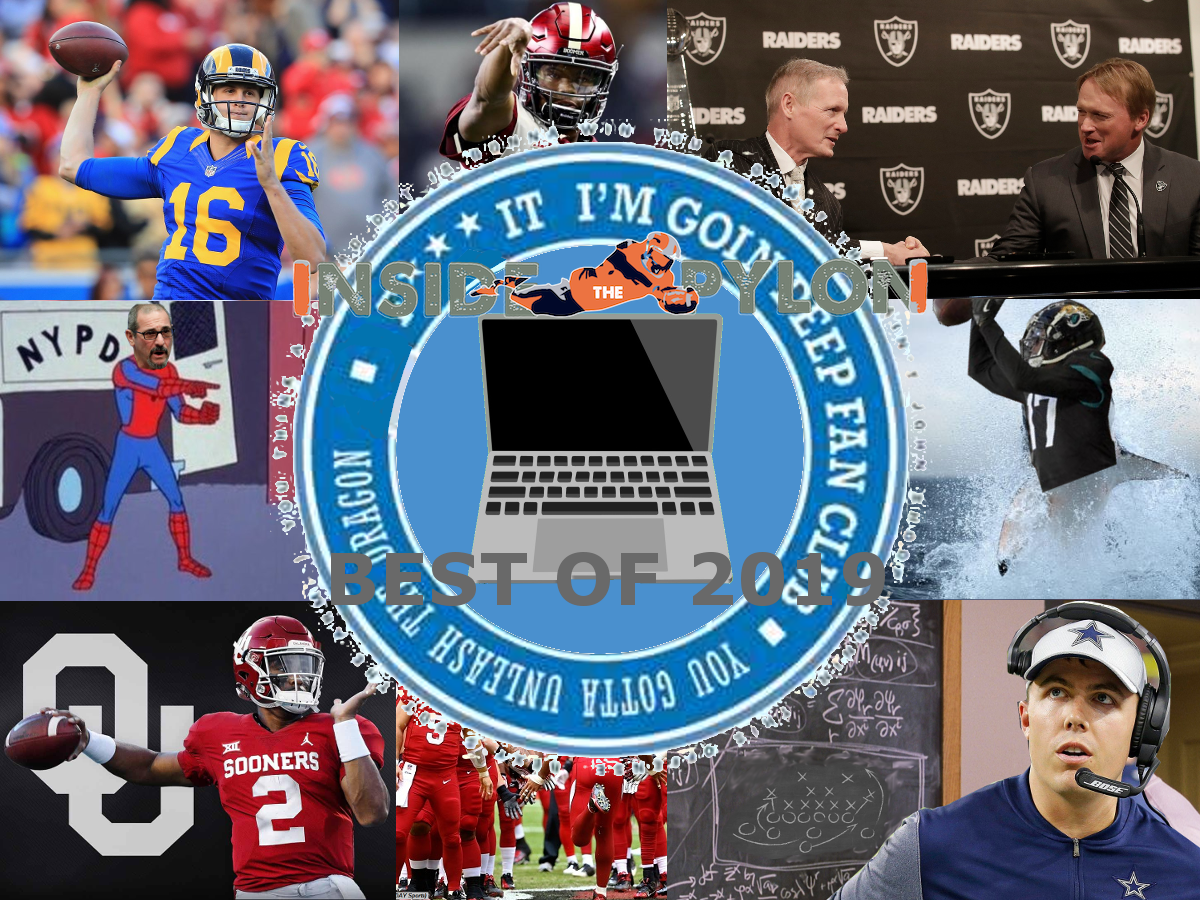 Lead writer Mark Schofield wrote before the Super Bowl how the New England Patriots could confuse Los Angeles Rams quarterback Jared Goff, a piece that looks prescient given the dominant defensive performance they turned in.

Jake Schwanitz contributed a ton of great work to ITP in 2019, led by this ten-part series on the most entertaining games of the 2018 season.

The NFL awards a Super Bowl MVP, but what about the rest of the playoffs? Jeff Feyerer looked back at history and handed out an NFL equivalent of the Conn Smythe.

Perhaps no one in the media studies front offices more closely than ITP contributor and Scouting Academy Director Dan Hatman. Every season, he publishes two must-read pieces that help make sense of the comings and goings in front offices and names to watch for the future.

Towards a Level Playing Field: The Hiring and Firing of Minority GMs

The NFL has gone from a high water mark of seven black general managers to only one, Chris Grier of the Miami Dolphins. Senior writer Dave Archibald researched NFL front offices to understand the forces in play and what changes make sense moving forward.

Previewing the Combine: The Quarterbacks

Every draft prospect has questions that need answered; lead writer Mark Schofield looked at the draft quarterbacks and what teams needed to investigate about them.

No one writes smarter stuff about the offensive line than Brandon Thorn, who contributed several glossary pieces, including a look at the controversial topic of “finishing” and an analysis of the challenges inherent in reacting to twists, stunts, and games up front.

Oklahoma produced back-to-back Heisman winners in 2017 and 2018, and added Alabama transfer Jalen Hurts for this season. Diante Lee previewed how Hurts would fit into the Sooners offense, highlighting the underrated versatility of the Air Raid scheme.

The Dallas Cowboys hired former backup quarterback and Boise State standout Kellen Moore as their offensive coordinator in the offseason. Joseph Ferraiola dug into Moore’s college concepts to predict what he might bring for Dak Prescott and the rest of the Dallas offense.

Quarterbacks Murray of the Arizona Cardinals and Lamar Jackson of the Baltimore Ravens have been two of the NFL’s brightest lights this year. Jake Schwanitz looked at the talent on display in an early-season matchup.

The Deep Pass: The Best Play in Football?

Statistics tell us that deep passes are the most efficient plays in football. The film tells us that not every play designed to be a deep pass works out that way. Dave Archibald investigates this discrepancy.