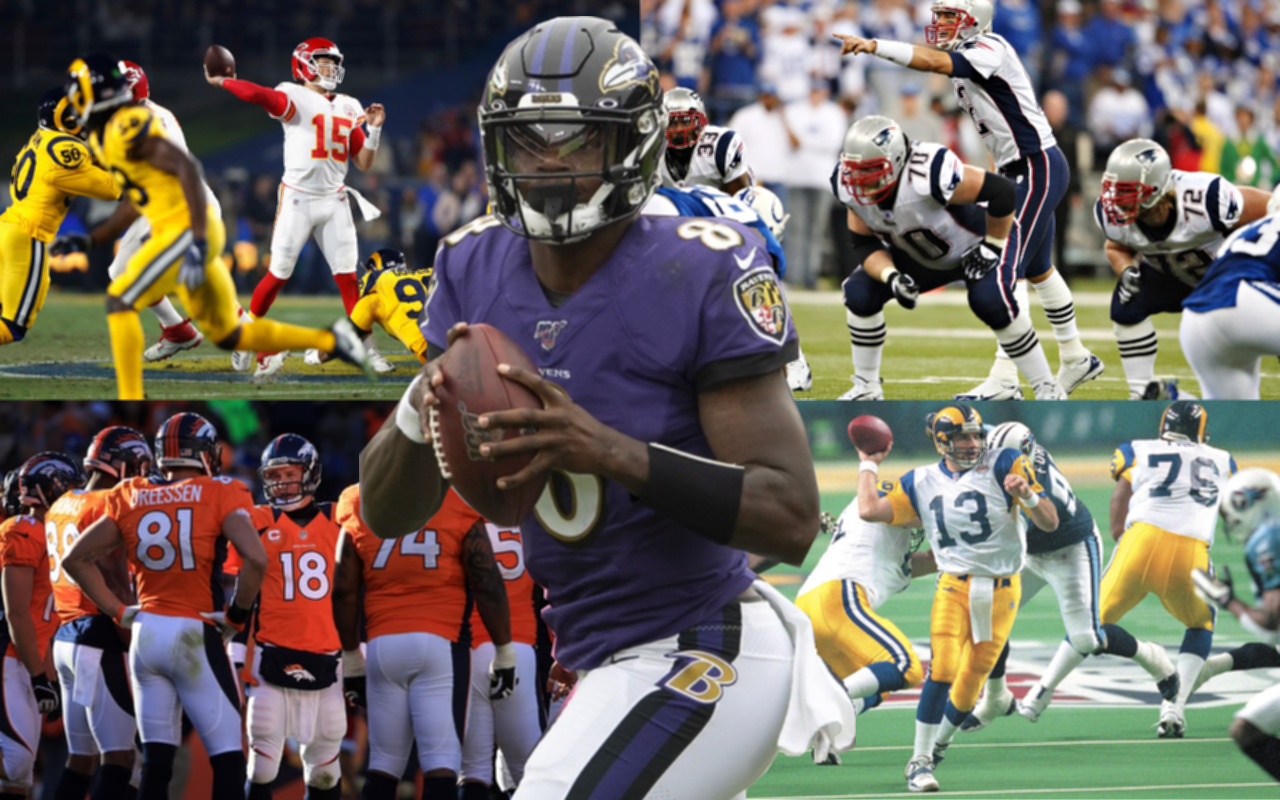 The Baltimore Ravens offense has looked absolutely unstoppable this season. While their 20-17 win over the NFC-leading San Francisco 49ers wasn’t quite as impressive as their 45-6 walloping of the defending NFC champion Los Angeles Rams the Monday prior, it was still enough to claim a win against the NFL’s top defense by yardage.

The Ravens fare well by traditional metrics, as they lead the league with 406 points and rank second with 5,049 yards. But per-drive statistics make them look even better. I’ve written about drive statistics before and why they paint a more accurate picture than raw points. The two major advantages are that they account for pace, or some offenses having more drives than others, and that they exclude defensive or special teams touchdowns. The 2013 Denver Broncos, for instance, rank as the all-time leader in points scored. However, they had a whopping 202 drives, far outstripping the other top teams in opportunities, and rank merely eighth in points per drive (obviously still excellent). This pace note is particularly interesting because Broncos quarterback Peyton Manning often had among the “slowest” offenses in the league when he played for the Indianapolis Colts.

The following chart shows ever team that averaged 2.5 points per drive or better. This data is culled from pro-football-reference, which has data back to 1998. Football Outsiders also has drive data, using a slightly different methodology, dating back to 1993; the only other squad that might make the list is the 1993 San Francisco 49ers.

This chart reinforces many of our notions of who the best offenses are–they’re typically led by the best quarterbacks. Manning’s teams appear on the list five times, as do Tom Brady‘s New England Patriots. The Green Bay Packers with Aaron Rodgers, New Orleans Saints with Drew Brees, and Greatest Show on Turf St. Louis Rams with Kurt Warner also make multiple appearances, with Patrick Mahomes‘ Kansas City Chiefs figuring to make that club this year. There are some surprises on here—I don’t think most casual fans remember how efficient the Trent Green / Dick Vermeil Chiefs were—but it largely aligns with the best offenses by most metrics.

The Ravens are not only highly efficient—the second-best team in points per drive, behind only the 16-0 (18-1) 2007 Patriots—but they have comparatively few drives, just 9.9 per game, ahead of only the 2006 Colts. The win over San Francisco was a typical example. While an average game features 11 or 12 offensive drives per team, the Ravens had only eight. Twenty points on eight drives is 2.5 points per drive, matching some of the top offenses of all time. Against one of the league’s best defenses, it was a stellar performance.

The Ravens are doing things a bit differently than most offensive powerhouses. Though they have only played 12 games, they are already #1 among these teams in rushing yards with 2,494. They’re on pace to break the 1978 Patriots’ record of 3,165 rushing yards in a season. Perhaps as tellingly as the raw totals, they’re compiling 49% of their total yardage on the ground, by far the most of the top teams. Quarterback and MVP front-runner Lamar Jackson already has 977 rush yards, while running back Mark Ingram isn’t far behind at 837.

Does this make Baltimore’s performance more or less sustainable? Some will point to the reliability of the running game as winter weather grounds high-flying attacks. Skeptics will suggest the reliance on Jackson’s rare rushing ability makes the offense one ill-timed hit from disaster. Whatever the future holds, we should embrace the present: we are witnessing one of the greatest NFL offenses of all time.

Please confirm deletion. There is no undo!