An X receiver is a pass-catching position on offense whose alignment and responsibilities depend on the system or scheme in place. In many systems, the X receiver sets up directly on the line of scrimmage five to ten yards left or right of the offensive linemen, usually outside or on the numbers. Also called a split end.

Below, the LSU Tigers set up with a tight end in the offensive left slot, with the X receiver split out wide on the numbers: 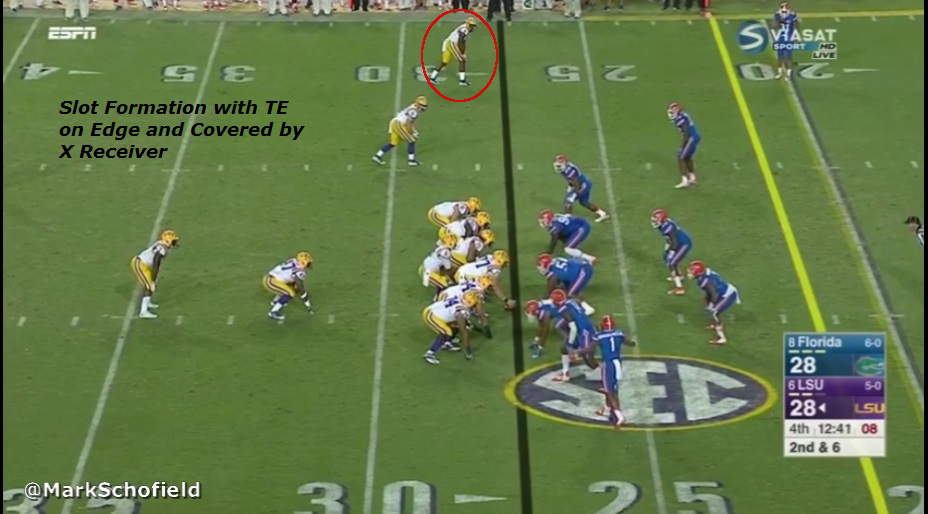 Here, Temple has trips strong side and a single, X receiver to the weak side. The Owls run the slant/flat concept with the X receiver, Ventell Bryant (#87), and the running back: The quarterback reads this play well. This coverage scheme tasks the playside linebacker with rolling to the flat and covering the out route. With the backside linebacker shaded to the three receiver side of the field, he has a nice throwing alley to the X receiver, Bryant, on the slant: