With 11:24 remaining in Super Bowl XLIX, a bruised and battered Tom Brady stood in the shotgun once more as the New England Patriots trailed the Seattle Seahawks by 10. Brady had thrown an interception on New England’s first drive of the second half and, by the end of  the third quarter, New England had managed only 23 yards on 11 plays. Mark Schofield looks back at the Patriots third TD drive.

Josh McDaniels calls a Cover 3 beater for this third down, using intermediate crossing routes at various levels to attack the Seattle defense. Brady has trips to his left with Julian Edelman outside, Danny Amendola in the middle, and tight end Rob Gronkowski in a wing alignment just outside left tackle Nate Solder. All three receivers run routes breaking over the middle ‒ Edelman and Gronkowski at a depth of 15 yards, Amendola at a depth of 10.

On the other side of the offense, Brandon LaFell, split wide right, runs a deep curl route. Meanwhile, running back Shane Vereen chips the outside edge defender before executing a short curl route of his own over the middle: Seattle’s secondary lines up in Cover 2 alignment, but at the snap rolls into Cover 3 “Buzz” with one-armed safety Earl Thomas dropping down toward the line of scrimmage in robber technique: 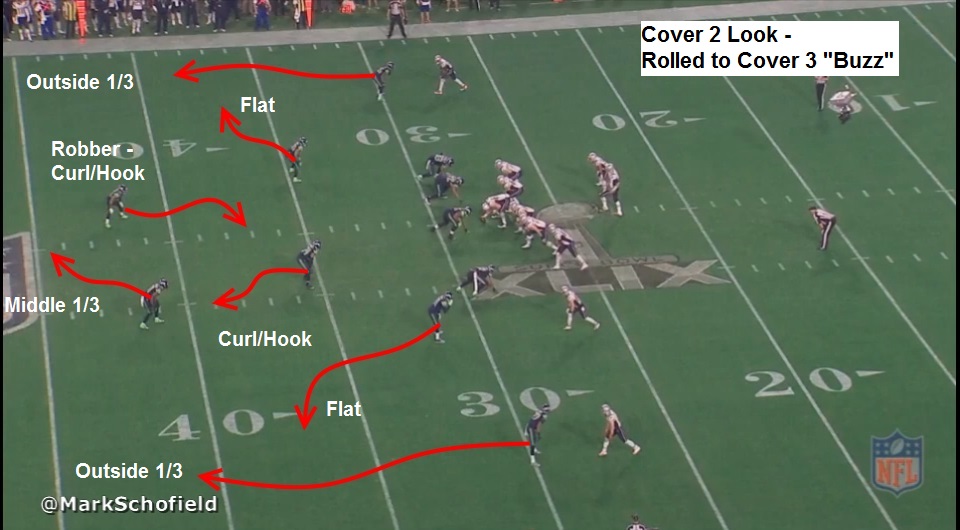 Pressure on the edges forces Brady to climb the pocket. As the passer moves toward the line of scrimmage, linebacker Bobby Wagner faces a decision: Stay in his zone, or cover Vereen on the short curl route? The linebacker crashes down on Vereen, vacating the underneath zone:

Wagner’s choice opens up a throwing lane for Brady to find Edelman on a deep crossing route. The QB delivers a strong throw that the receiver snares before absorbing a crushing blow from safety Kam Chancellor. Somehow, Edelman not only hangs on to the football but stays upright, racing into Seattle territory.

Four plays later, McDaniels empties the backfield and places his quarterback in the shotgun. With trips left, LaFell runs a curl route on the outside, Amendola runs a seam route from the middle, and Edelman runs an option route from the inside alignment. Gronkowski and Vereen line up to the right in an inverted slot, with the tight end running a seam route while the running back executes a curl route along the sideline: 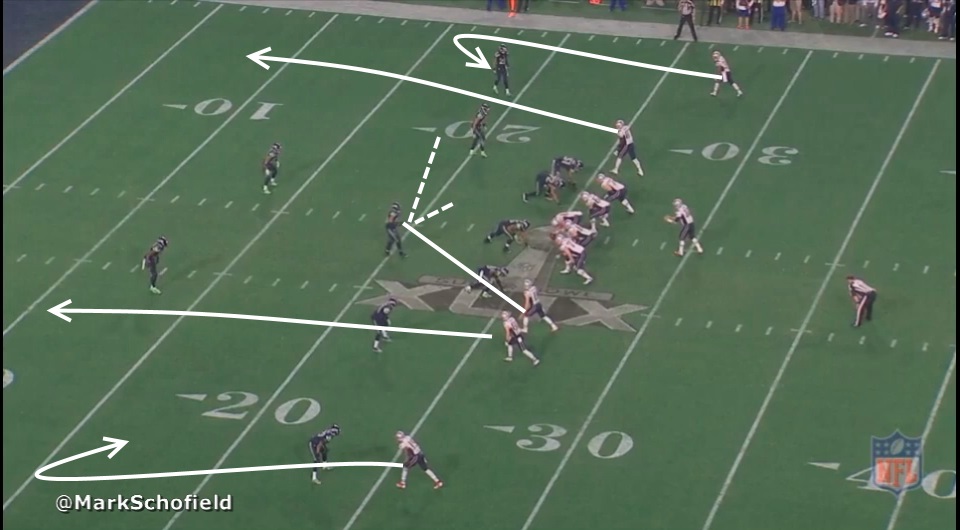 This play is a Cover 1 & 3 beater, designed for the quarterback to draw the middle safety into committing on one of the seam routes before throwing to the other vertical route. This snap, however, is one of the rare times the Seahawks run a different coverage, namely Cover 4: 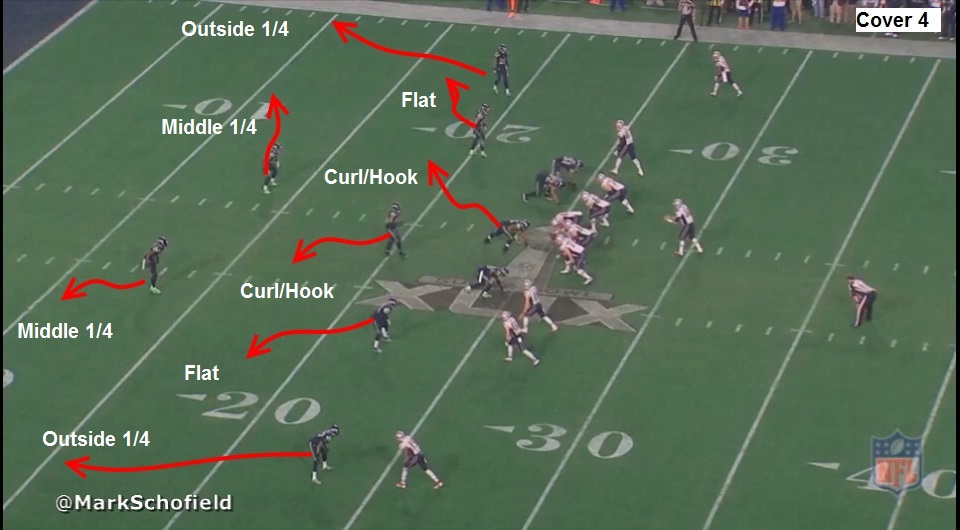 In Cover 4, there are two safeties who can cover the seam routes:

The Seattle scheme forces Brady to his secondary read: Edelman on an option route over the middle. The receiver reads the coverage perfectly and settles into a soft spot in the zone, between Wagner and defensive end Demarcus Dobbs (#95) who drops off the line of scrimmage into a shallow hook zone. Brady again does a solid job of climbing the pocket, avoiding pressure on the edges and giving the play time to develop. Edelman pulls in the pass and knifes his way down inside the Seahawks’ five-yard line.

The Patriots finally put the ball into the end zone on another Cover 3 beater designed by McDaniels on this play, bracketing free safety Earl Thomas with a post route from Edelman and a vertical route from Amendola: 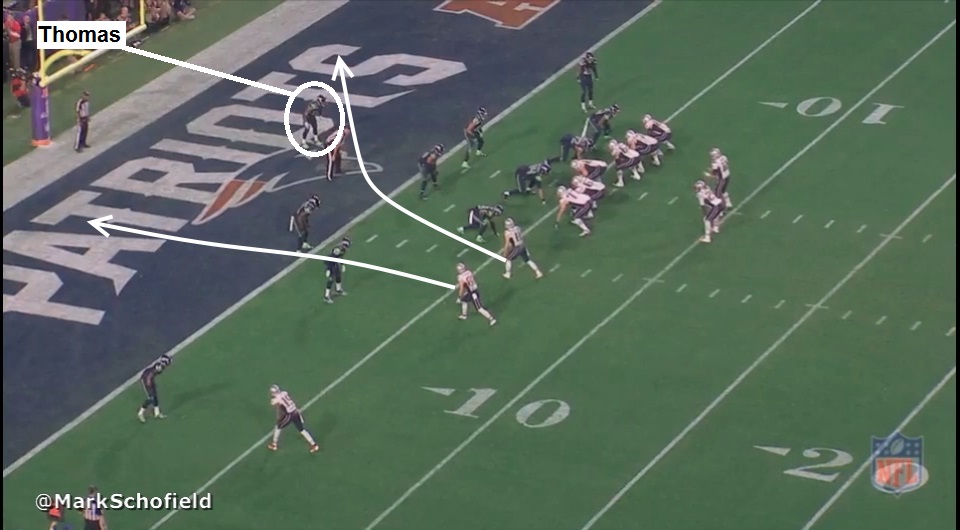 The touchdown cut Seattle’s lead to three. New England executed the scoring drive they needed, but still required another such march – and a championship play for the ages – to secure the Super Bowl XLIX title.